Lord of The Rings Parchment Map of the Middle-earth

Are you here looking for the perfect gift for a fan of the Tolkien saga? You came to the right place. We are featuring now this Lord of The Rings parchment map.

The artwork offers a detailed and entirely accurate Middle-earth map, laid out from details of the LOTR collection. Any hardcore LOTR fan will appreciate how they can virtually see each of the locations described in the books as well as seen in the LOTR movie franchise.

The detailed mapping of the Middle-earth allows any LOTR fan to re-imagine the journeys and the events that transpired in their beloved franchise.

For those unfamiliar, Middle-earth is a vast continent as how it was described in the books. It is a mass of land occupying the central regions of Arda.

This map also shows the hard work spent by the film crews while shooting the LOTR films. For them to be able to present in the movies, the link among the locations is something that can only be described as “admirable.”

The Middle-earth map replica is printed on quality paper and measures 27 x 19 inches. It is 100% fully licensed LOTR merchandise.

You’ll receive this rolled up inside a cardboard mailing tube, ensuring that it’s devoid of any torn sides once it gets to you.

Buying As A Gift and Home Decor

You can have it framed, so the person you’re going to give it to can hang it on the wall for that ultimate LOTR themed bedroom or living room.

You can also hand this Lord of The Rings parchment map in its original tube casing. It’ll come handy when playing video games Middle-earth: Shadow of War and Lor of the Rings: The Battle for Middle-earth.

This Lord of The Rings parchment map offers a detailed representation of the Middle-earth. It's the perfect gift for any LOTR fan around the world.
Check Price on Amazon.com

« Octopus Table to Level Up Your Home Decorations in 2022

Lord of The Rings Passport Cover For Every Wanderlust »

Funny and functional are the two words that best described this knitted dwarf beard bandana, which you can wear outdoors and as a Halloween and cosplay costume.

The Nazgul costume is inspired by the Witch King of Angmar, one of the most iconic antagonists ever created. Replicate his look with this apparel in no time.

Who doesn't want to live in Middle-earth? If you are the world's biggest Lord of the Rings fan, you've got two options: sneak into New Zealand and try to find a hobbit hole that hasn't been discovered yet, or settle for these Hobbit Feet Slippers.

Dwarven beard hat makes your head and faces warm during winter. It's 100% handmade using the most beautiful yarn, making it the perfect gift for 2019.

Lord of The Rings Passport Cover For Every Wanderlust

This Lord of The Rings passport cover holds two passports and your cards. It's a perfect, not just for the LOTR fans but for anyone who's also a wanderlust. 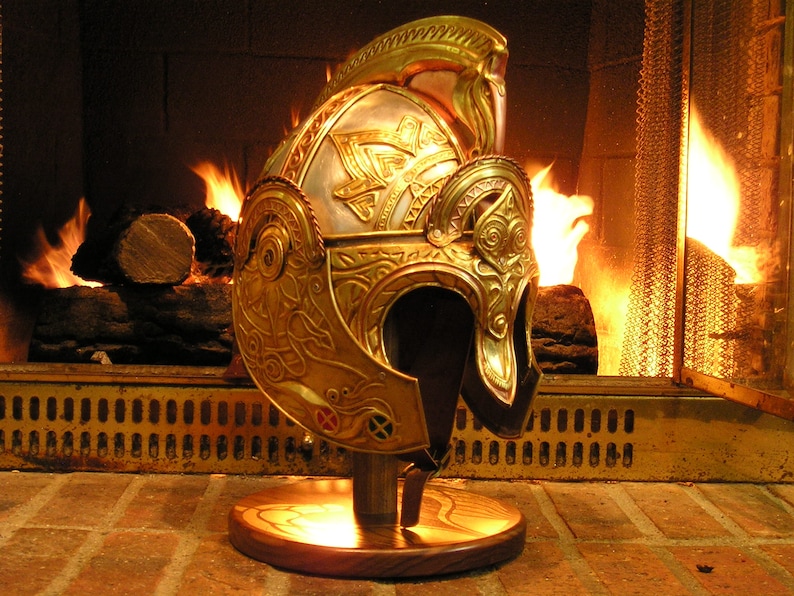 Nothing speaks of the Lord of the Rings louder than this King Theoden helmet designed with arts and graphics known only to the genuine people of the Rohirrim.

Lord of the Rings Salt and Pepper Shakers

This Lord of the Rings Salt and Pepper Shakers set is designed after Aragorn and Arwen, a mortal and an immortal who fall in love with each other.

Amaze that LOTR fan friend of yours with this Gandalf the Grey staff replica based on the actual prop used in The Lord Of the Rings: The Fellowship Of The Ring. 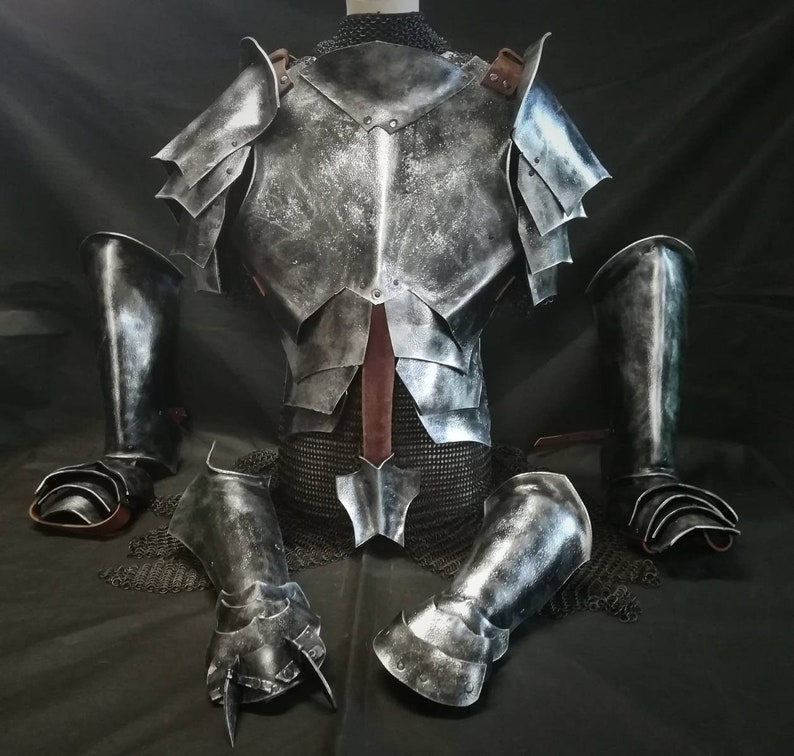 Forget about the regular Orcs or even Sauron, wear this Uruk Hai armor to your next cosplay event, and you’ll be the evilest creature known in this world. 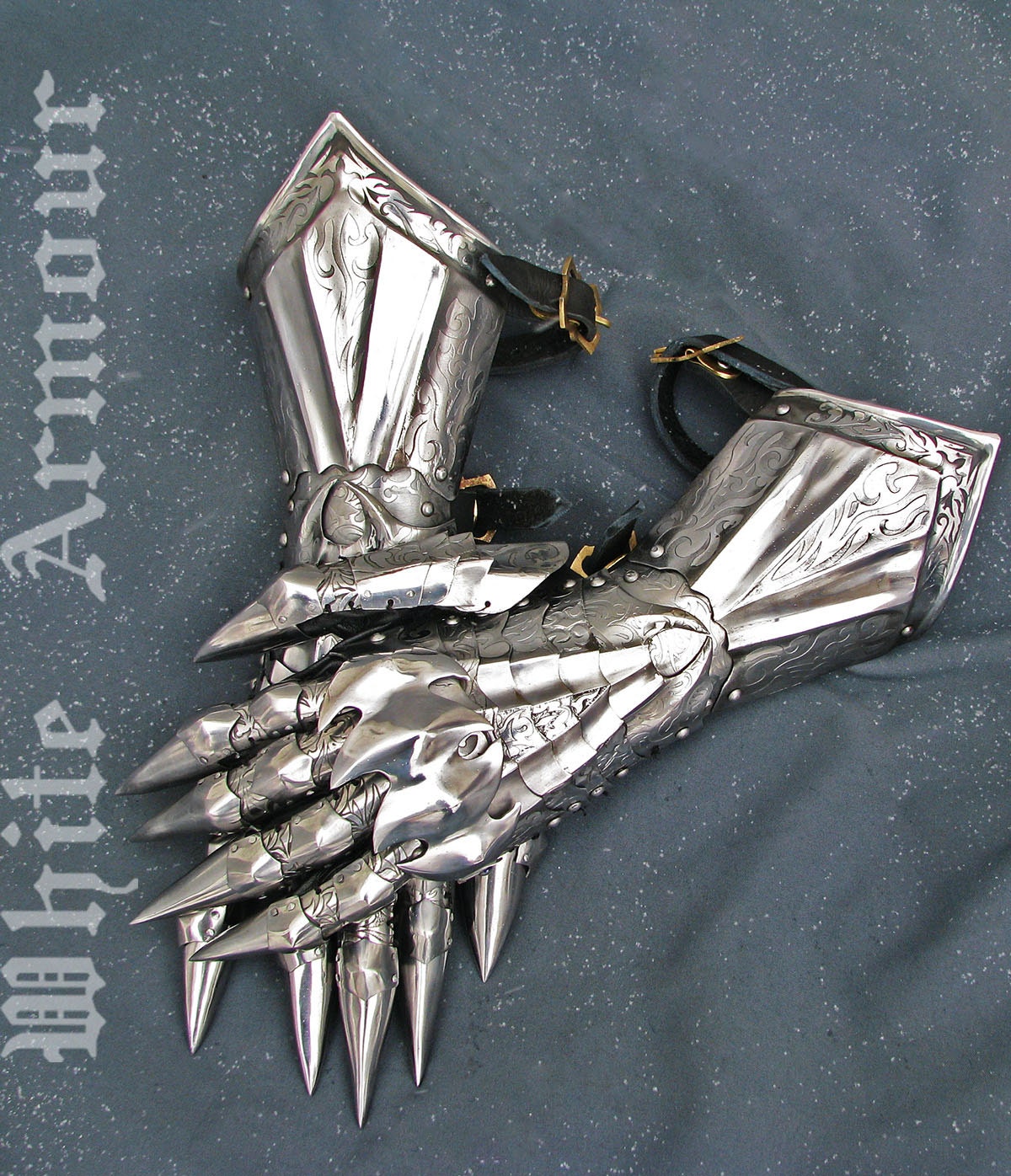 Sauron Gauntlet to Conquer the Middle-Earth

Relieve the lust for power and the search for the One Ring with this handmade Sauron gauntlet replica. The perfect gift for every LOTR fan around you.

A Slice of Middle Earth: A Hobbit House Miniature for Garden

Own a slice of Middle-Earth and build a community of Frodo Baggins and the hobbits we love with a miniature hobbit house!